skip to main | skip to sidebar

See my earlier post for an excerpt from this book by Francis Seow.

This is a book review by Michael D Barr. Barr is the author of Lee Kuan Yew: The Beliefs Behind the Man which was published in 2000. This year saw the publication of the book Paths Not Taken: Political Pluralism in Post-War Singapore which Barr co-edited with Carl A Trocki. Barr's chapter in the book is called Singapore's Catholic Social Activists: Alleged Marxist Conspirators.

FRANCIS Seow's third book is a savage and unmerciful critique of Singapore's judicial system. He provides convincing evidence that the Singapore court system is basically the play-thing of former Prime Minister (currently Minister Mentor) Lee Kuan Yew, through which he toys with and destroys his enemies at his leisure; corrupting the Bench, the legal profession, the police and the profession of journalism on the way through. The case presented by Seow - which is overwhelming drawn from the intimate detail of a single legal battle - demonstrates beyond reasonable doubt that Singapore is at heart a corrupt dictatorship separated from Third World dictatorships primarily by its national income and the cleverness of the techniques by which it manipulates institutional power.

It is a damning indictment that could have been much more powerful if Seow had resisted the temptation to indulge in childish name calling and heavy-handed didacticism. These acts of self-indulgence dominate the first part of the book and are never far away in the rest. Their main impact, as far as I can see, is to give defenders of the Singapore system and of Lee Kuan Yew the excuse they need to dismiss the book as "just another anti-Singapore rant". Seow's arrogant style was probably perfected while he was part of the system he is now critiquing (having been Lee's choice for the position of Solicitor-General in the 1980s), but if the reader can put these defects aside it will become clear that this is a deeply disturbing story of manipulative and duplicitous behaviour on the part of Lee Kuan Yew as he set out to use a quiescent judicial and legal fraternity to destroy an innocent man, along with his wife and his lawyer.

The man in question is Tang Liang Hong who had the temerity to question the procedure by which Lee Kuan Yew and other notables (including his son and the current prime minister, Lee Hsien Loong), were cleared of any suggestion of impropriety when they accepted million dollar discounts from a property developer. Much of the book is concerned with the political and public relations machinations by which Tang was caught up in Lee's web of retaliation, but in this review it must be sufficient to relay just a few of the most salient facts to give the reader a sense of the book.

For instance, what are we to make of a legal system that gives a defendant a couple of hours (literally) to find a solicitor, a translator (since she could speak no English), and prepare and present a defence in court to a procedure about which she had literally no understanding? Or where a judge sits in judgement on a case where he himself is implicated as a recipient of one of the real estate discounts that started the whole procedure, and who had previously worked for the family law firm of the primary litigant (Lee Kuan Yew)? Or where a judge (not the same judge) can receive many sets of documents, each hundreds of pages thick and so badly copied and paginated as to substantially illegible and unreadable, and yet two and a half hours later bring down a legal judgement based on his considered legal interpretation of the implications of their contents? Or where a summons to chambers is issued by an appellant's lawyers rather than by the court, but the court upholds it? Or where evidence that proves beyond all reasonable doubt the innocence of the defendant is not only refused admission in court, but all record of its existence is expunged from the record?

Seow has drawn primarily on court documents for his evidence, having been supplied with a complete set (included documents later expunged from the record) by Tang Liang Hong, who is now a de facto exile from Singapore. Fully the last third of the volume is occupied by transcriptions of some of the most damning court documents, including a fair sample of documents where Lee Kuan Yew and his allies condemn themselves by their own words. (Seow delights in using Lee's own words to demonstrate his capriciousness and duplicity. At one point he was even able to cite Lee as his primary source to sustain his charge that Lee was the arch-manipulator of the proceedings. Seow tends to overplay his hand when using this technique, but Lee's arrogance and peremptory choice of words do rather lend themselves to ridicule.)

This is a powerful book, but it could have been much more.

Labels: and justice for all??

From my other blog

There's alot more then you see

Click here to read the report Prosperity versus individual rights? Human rights, democracy and the rule of law in Singapore by the International Bar Association Human Rights Institute. Click here for their statement.

Click here to read the report Rule of Law in Singapore: Independence of the Judiciary and the Legal Profession in Singapore by Lawyers' Rights Watch Canada.

In Memoriam: This blog is dedicated to J B Jeyaretnam 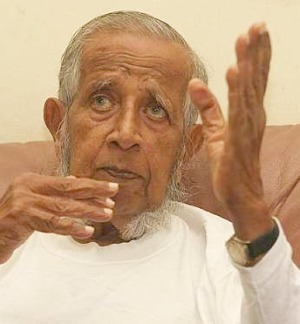 I collect with vodpod

I collect with vodpod

Sign-up/Join "In Memory of J B Jeyaretnam" facebook group